The people that I work with when it comes to weight loss are some of the most hardworking dedicated people. They have been using will power for years with diets that they have suffered through, and lifestyle changes that should have worked. The commitment from these chronic dieters is there, but the results aren’t.

What Is Your Blood Saying About Your Health?

Getting blood work done is critical to finding out where your chemistry is off and what different problems could be slowing your metabolism down. I understand its intensely frustrating when you’ve used will power for so long, and some part of your body seems to be working against you.

Anemia = Lack Of Oxygen To Cells

If you have other types of anemia like vitamin deficient anemia you will not make enough red blood cells and have oxygen carrying problems. “Many people are at risk for anemia because of poor diet, intestinal disorders, chronic diseases, infections, and other conditions. Women who are menstruating or pregnant, and people with chronic medical conditions are most at risk for this disease. The risk of anemia increases as people grow older.” – The American Society Of Hematology

I don’t run the standard CBC blood panel, instead I run a full metabolic panel that looks at how much ferritin (stored iron) do you have. I also look at other possible metabolic vulnerabilities. One huge factor that is preventing people from getting the support they need is lab ranges.

Now let me expand on this a little. Medical lab ranges put 95% of people who get blood work done in the “normal” range. This range that is considered “normal” does not mean you are healthy; it merely means you’re not an A+ sick person. To be recognized as having a problem, you have to be an A+ sick person or have a serious enough problem for it to be flagged.

In my office, I use what’s called a “functional” range, and this is where genuinely healthy people’s numbers should lie. If you are a little bit outside of these functional ranges but still inside the medical lab ranges, you are what is called “normal sick.”

Many people are suffering from symptoms, but their lab ranges state that they are “normal.” Even slightly elevated or deficient levels in your body can cause symptoms. You don’t have to wait until you are recognized by medical lab ranges to start making changes and feeling better.

Here’s To A Better Life,

Can Sleep Help You Lose Weight?

How To Allocate Your Energy When You Have A Chronic Illness 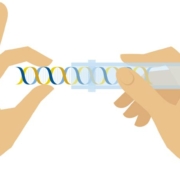 Your Genes Can Contribute To Weight loss Resistance 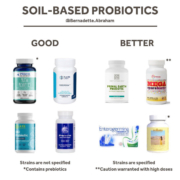 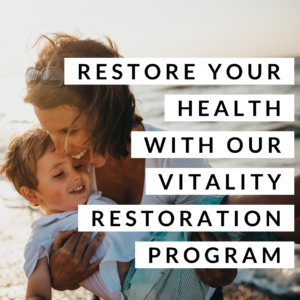 Can Sleep Help You Lose Weight?

How Probiotics Can Help Resistant Weight Loss
Scroll to top